(This essay was first written in 1995 for my study of the atonement with Professor Richard Bauckham at St Andrews University in Scotland. It later appeared as a chapter in my book When I Survey the Wondrous Cross: Reflections on the Atonement. Some of the references, therefore, are dated.)

The Apostle Paul wrote to the Christians in Rome “God shows his love for us in that while we were yet sinners Christ died for us.” The death of Jesus Christ was understood by the earliest church, not least by Paul himself, as a divine act of reconciliation between God and humanity. Which is to say that Christ’s death on the cross was understood from the beginning as an atoning death. END_OF_DOCUMENT_TOKEN_TO_BE_REPLACED 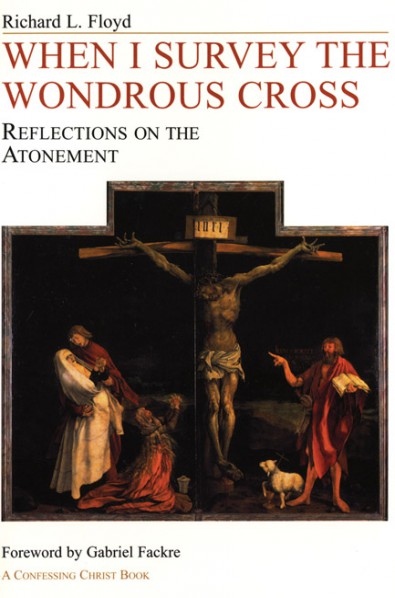 The Christian doctrine of Atonement has long been a theological preoccupation of mine, which may seem strange since I didn’t come out of an Evangelical background, where this is a central concern.

I was blessed to have sabbaticals from the pastorate at three iconic British universities, Oxford, St Andrews, and Cambridge, where I read and wrote about this subject.

Out of those experiences came a number of journal articles and this book of essays. I have been heavily influenced by the thought of the British theologian P.T. Forsyth, and many of the chapters in this book focus on his theology.

The book was published in 2000 by Pickwick Press, which later became part of Wipf and Stock Publishers, who re-issued the book in 201o, for which I am grateful.  It is a humble little book that traces my attempt to come to grips with this vexing doctrine. It has an extraordinary foreword  by the estimable Gabriel Fackre, which I think alone makes the book worth having.

Wipf and Stock is currently having a 40% off sale until May 1, so if you are interested in obtaining this book, now is the time. You can go to the link here. 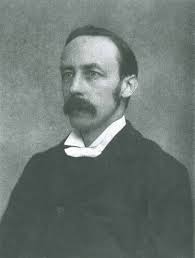 (Note: This article first appeared in the Andover Newton Review in 1992 (Vol 3, No. 1). It is the fruit of essays I wrote for my tutor the Revd. Donald Norwood during my 1989 sabbatical at Mansfield College, Oxford. I want to thank Professor Max Stackhouse for inviting me to submit it. This is the first time it is available on the Internet. RLF)

Part 1 The Church and Our Redemption

The British Congregationalist P. T. Forsyth, 1848-1921, is above all a theologian of the cross, and it is this soteriological focus that dominates his understanding of the church. The church was created by the saving work of Christ, and, therefore, for Forsyth, it has no other principle or foundation. Everything in, of and about the church is informed by the work of Christ; questions of polity, ecumenism, church and state, ethics, the ministry, the sacraments, all these are seen through the lens of Christ’s atonement. Since Forsyth’s view of the atonement is profoundly corporate and universal, so too his understanding of the church is corporate and universal. This understanding of a corporate and universal church created by a divine act in the atoning cross of Christ gives Forsyth’s theology a truly catholic and truly evangelical character and accounts for his continued appeal to several branches of the church as a significant ecumenical theologian for our time. END_OF_DOCUMENT_TOKEN_TO_BE_REPLACED 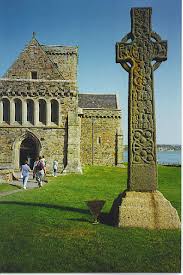 A minister friend and mentor of mine, Herb Davis, once told me that every preacher has only one sermon in him, or her. According to Herb, every Sunday the preacher serves up that one sermon in a variety of ways. It may look like a different sermon, but at the heart of it, there’s just the one!

When I was growing up my family always had some sort of a roast at Sunday dinner, which was usually served in the middle of the day after we came home from church. Then the remains of that roast would reappear in various guises throughout the week. For example, let’s say it was a pork roast. The roast might reappear on Monday night in a soup, and on Tuesday night as my Dad’s signature roast pork chop suey and so on. So is that really the way it is? Do the people of God get fed leftovers every Sunday?

I hope not. I think what Herb was saying is that every preacher’s one basic sermon provides the core convictions out of which that preacher delivers the Gospel. And if Herb is right about the one-sermon theory, than I suppose today’s epistle lesson would have to be the text for my one sermon. Let’s hear it again: Paul writes, “We preach Christ crucified, a stumbling block to Jews and folly to Gentiles, but to those that are called, both Jews and Greeks, Christ the power of God and the wisdom of God. For the foolishness of God is wiser than human wisdom, and the weakness of God is stronger that human strength.” (I Corinthians 1: 23-25)

This is what Paul calls the message of the cross. Paul believed that Jesus was the Jewish Messiah and that God raised him from the dead. The cross on which Jesus had died became for him the symbol of that Good News of God’s vast unconditional love for all humankind. Paul believed that in Christ’s dying and rising two important new things had occurred. First, there was now a new age of God’ activity, and, secondly, there was now a new community, the church, made up of both Jews and Gentiles. END_OF_DOCUMENT_TOKEN_TO_BE_REPLACED