Mitt Romney is a Mormon and Paul Ryan is a Roman Catholic so they will differ on how to number the Ten Commandments, but they both violated the one that says, “Thou shall not bear false witness against thy neighbor.”

1. He claimed the President had “More debt than any other president before him, and more than all the troubled governments of Europe combined.” It just isn’t true. When he took office the national debt was 10.6 trillion dollars, and is now about 15 trillion. How much of that is his?  President Bush increased the debt by more than 5 trillion dollars during his two terms. President Obama has increased the debt by less than 1 trillion. The two Republican wars have been expensive, but the Bush tax cuts have been more so.

2. Ryan blamed the president for the credit downgrade last August, even though the ratings agency that made the downgrade blamed Republicans for refusing to accept any tax increases as part of a deal.

3. Ryan blamed the president for the failure of the Bowles-Simpson compromise plan, when in fact it was Ryan who persuaded other House Republicans to scuttle the plan.

4. Ryan blamed the president for the closing of a General Motors plant in his hometown of Janesville, Wisconsin, but the plant shut down in December 2008, before Obama even took office.

5.  Ryan claims that “$716 billion, (was) funneled out of Medicare by President Obama,” a deliberate distortion of the Affordable Health Care Act savings by eliminating inefficiencies, when Ryan’s own plan for Medicare includes these same savings.

6. Ryan, an admirer of Ayn Rand, the high priestess of self-reliance and contempt for the poor and weak, said in his speech: “The greatest of all responsibilities is that of the strong to protect the weak,” and “The truest measure of any society is how it treats those who cannot defend or care for themselves.” Yet his budget has Draconian cuts in social programs for the poor and unwell. At the same time Ryan would give richest citizens and corporations $3 trillion in tax breaks.

Governor Romney is not as big a liar as Congressman Ryan, but that is damning with faint praise. He started his speech with one of the biggest whoppers in political history (what Andrew Sullivan called the big lie):

Four years ago, I know that many Americans felt a fresh excitement about the possibilities of a new president. That president was not the choice of our party but Americans always come together after elections. We are a good and generous people who are united by so much more than divides us.

Now anybody who has picked up a newspaper or watched a legitimate TV news source (which eliminates Fox) knows that the President was met by a partisan wall of Republican non-cooperation from his first week in office. The GOP decided that they would put making the President look bad above the good of the country.  And they didn’t even bother to hide their contempt for him, as when Mitch McConnell pronounced that his party’s  primary goal was the President’s defeat: “The single most important thing we want to achieve is for President Obama to be a one-term president.”

I don’t ever remember such open contempt for a sitting President, which I ascribe (at least partly) to racism, I am sad to say.

So Governor Romney’s rewritten narrative that “Americans always come together after elections” is an egregious lie.

But there were other lies in his speech, including these

Both Ryan and Romney know they are not telling the truth about the president. Where there are political differences let there be vigorous debate, but let the lying stop. Daniel Patrick Moynihan once said, “Everyone is entitled to his own opinion, but not his own facts.” And God said, “Thou shalt not bear false witness against your neighbor.” 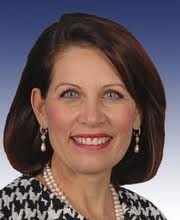 Rep. Michele Bachmann (R.Minn.), who has been reported to have Presidential ambitions, told prospective voters in Manchester, New Hampshire, “What I love about New Hampshire and what we have in common is our extreme love for liberty. You’re the state where the shot was heard around the world in Lexington and Concord.”  Those battles were actually fought here in the Bay State.

This is not the first time that Bachman has gotten confused about our history.  A few days before her rebuttal to President Obama’s State of the Union address she gave a rambling and highly revisionist speech in Iowa that touted the freedoms of immigrants when they arrived in America.  She said then that: “It didn’t matter the color of their skin, it didn’t matter their language, it didn’t matter their economic status.”  She also praised the founder fathers (including John Quincy Adams) who she said “worked tirelessly until slavery was no more in the United States.”

Many of the founders, including George Washington and (famously) Thomas Jefferson in fact owned slaves, and while she was right that Adams fought tirelessly against slavery he was not a founder.  And the Constitution itself, which she considers a sacred document, defines a slave as 3/5 of a person.

This “three-fifths compromise” of 1787 is found in Article 1, Section 2, Paragraph 3 of the United States Constitution:  “Representatives and direct Taxes shall be apportioned among the several States which may be included within this Union, according to their respective Numbers, which shall be determined by adding to the whole Number of free Persons, including those bound to Service for a Term of Years, and excluding Indians not taxed, three fifths of all other Persons.”

You would think that a leader of a movement that calls itself the “Tea Party” after the BOSTON Tea Party would know something about our early history.  Boston is in Massachusetts.

But as Jillian Rayfield wrote in her blog today in The New Republic, “I’m starting to wonder if the Republican policy of recruiting its female political talent heavily from the beauty pageant circuit may not have some downside after all.”  I didn’t say that, but it’s something to ruminate on.

The head of National Public Radiohad to resign this week because one of her fund-raisers told some prospective donors that many in the Tea Party were “seriously racist.” The donors were actually plants and made the statement public.  Oops! It was clearly an unwise and impolitic thing to say, especially as NPR was facing a funding vote in a Republican led Congress, but it was hardly a lie.   There have been well documented examples of racist rhetoric and signs at Tea Party rallies, and some of the animus against President Obama seems racist.

A survey by the University of Washington Institute for the Study of Ethnicity, Race & Sexuality examined the racial attitudes of Tea Party sympathizers. Their conclusion:  “The data suggests that people who are Tea Party supporters have a higher probability”—25 percent, to be exact—“of being racially resentful than those who are not Tea Party supporters,” says Christopher Parker, who directed the study. “The Tea Party is not just about politics and size of government. The data suggests it may also be about race.”
And last July the NAACP told the Tea Party movement to repudiate the racist elements in its midst.  So the statement, while imprudent, was not without some factual basis.

So all this got me ruminating, and I decided, as yet another one of my high minded public service efforts, to share some other “opinions” that could get you in trouble:

As the late great Daniel Patrick Moynihan is reported to have said, “Everyone is entitled to their own opinions, but they are not entitled to their own facts. ”   If you want to get your facts straight, here are a couple of good web sites:  http://factcheck.org/  and http://politifact.com/truth-o-meter/

Washington Post reporter David Broder died yesterday, and he was known to be a strict fact checker.  Would that there were more like him.