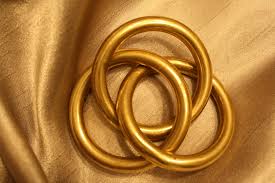 When I read today’s lessons, I am struck by the mystery, grandeur and majesty of the Biblical conception of God. In these lessons God is the One who is due reverence and worship by virtue of God’s very being and nature. Our God is an awesome God.

I once attended a conference where the speaker said we should make our worship feel like a gracious dinner party, invitational, hospitable, engaging and fun. And as far as it goes I’m all for those things. But there is another whole dimension to our worship that we often neglect and that is God’s holiness.

Somehow I don’t believe that Isaiah felt he was at a dinner party when he saw God in the temple, when smoke filled the room and seraphim cried out “Holy, Holy, Holy is the Lord of hosts; the whole earth is full of his glory.”

Here is God presented as a being wholly set apart and utterly separated from all defilement and impurity.

Here is a God so high above us, so immense compared to us that Isaiah thought he was doomed. Isaiah comes to the very limit of human language to describe this God. This God, he says, is “high and lofty,” so far above us that we do not exist on the same plane.

This God is big, he says, so big that just the hem of his robe fills the temple. Keep in mind that the temple was the biggest building Isaiah had every seen. These spacial metaphors point beyond themselves at this great, big, high God.

My friend, the late minister and poet Arnold Kenseth once wrote a prayer that began: “O thou Immensity.”

Isaiah is describing a God who is not some abstraction, some primordial clockmaker who set things in motion, still less the chummy avuncular deity of much popular piety, but the Holy God, the creator of the heavens and the earth, before whose face the generations rise and fall.

Isaiah’s immediate response to having seen this God is to fear for his life. “Woe is me! I am lost!” or as Eugene Peterson’s The Message translates it “Doom! It’s Doomsday! I’m as good as dead!” And that is not an unusual response. There is a certain holy fear, which seems to be the typical response of those who experience themselves in the presence of the holy. Those who come before God experience an acute sense of their mortality before the One who is eternal; an acute sense of sin before the One who is holy.

But we don’t like to use the word “fear” in response to God, do we? Recall how President Obama was criticized for calling the victims of last year’s Charleston massacre “God-fearing Christians.” His critics said we shouldn’t fear God.

They do have a point. Perhaps we shouldn’t lament a piety that thought of God as a God we should fear, a God who is unforgiving and vengeful. But what we often have in its place seems to be a pale version of the robust sense of the majesty and grandeur of God portrayed in the Bible, certainly portrayed in today’s readings.

Those old word “awesome” and “wonderful” have taken on whole new meanings. Teens say a new movie is “awesome!” Lovers say “falling in love is wonderful.” So they say. But once upon a time words like these captured something of the impressive otherness of God.

Take the word “awful.” When Isaac Watts wrote the hymn “Before Jehovah’s Awful Throne” (a hymn we don’t sing anymore) he didn’t mean the throne was in bad taste, but that the One who sat on it was worthy of awe and worship.

Some might say, well, didn’t the old conception of God as One to be feared, even with a holy fear, a betrayal of the meaning of the Incarnation? For isn’t the Incarnation the truth that the Holy God knelt down low to us humans in Jesus Christ? That the lofty God who we cannot reach from our side reached down to us in the man of Nazareth?

Yes, we do claim that. It is one of the central tenets of our faith. But if we begin with a conception of God as a kindly uncle, the very power of the Incarnation is robbed of its meaning. Because it is precisely the God who is worthy of holy fear and reverent awe who is the One who came to dwell among us in the flesh of Jesus Christ. That is the miracle that we celebrate at Christmas.

But “God for us” is only Good News because by all rights the Holy God of the Bible should not be for us but against us, against so much of what we do and say and live for and believe in. Against our wars and our injustices and our lack of compassion.

And that is what God did, and that is what Christianity is all about, a Holy God who is also an atoning God; a God who goes to unbelievable lengths to bring us into his realm of love and forgiveness and mercy and peace: lengths as far and foolish and scandalous as the cross of Jesus Christ.

We humans are by nature great idolaters, and often our idolatry is not as obvious as worshipping something in the place of God (like a graven image) so much as whittling our idea of God down to our size. We try to domesticate God so that God can then be controlled and kept safe, safe to bless our projects and work for our plans.

The problem is that this whittled down god, this domesticated god, is not the real God at all, but a creation of our imaginations. And this pretend god is not a fit object of worship. Which is why it is in worship, when we bring ourselves in heart and mind before the real God, that all our feeble attempts to make God in our image are unmasked. And why real worship is not about making us feel good and bolstering our self-esteem, but bringing us face to face with the truth about ourselves and our world, and at the same time showing us the amazing grace of the Holy God.

In the 1930’s, the great theologian Reinhold Niebuhr wrote, “One of the problems of the church today is that people leave worship feeling too good about themselves. They should be more like Isaiah in the temple, “Woe is me! And feeling deep humility and contrition.”

His point is that true worship can be disconcerting and challenging to us. But at least it is true worship of the real God. For the friendly lenient-uncle God of our imagination is comfortable, makes no demands upon us, and allows us to remain in our sin, allows us to exercise our own freedom apart from God and others. And the worship of such a feeble and false God, a god who is neither loved nor feared, will carry with it a weak and indulgent morality.

All morality finds its proper compass point in relation to the holy God. Will Willimon put it like this: “Morality is a matter not of being unattached to any external determination, free to think and act on the basis of our personal feelings of what’s right.” Contrary to (many contemporary) beliefs, “morality comes as a gracious by-product of being attached to something greater than ourselves, of being owned, claimed, commandeered for larger purposes.”

But worship of the real God does involve submitting our wills to God’s will, as Jesus prayed to the Father in the Garden of Gethsemane, “Not my will, but yours be done!”

To pray this means we are shaped and formed by something larger than our own imaginations and appetites. This is what it means to be a community that has the worship of God at its center.

When I was a pastor people often ask me to tell them what our church was like, and there were many ways I could have done that. I could have described the activities and programs, the staff and leadership. But my typical answer was to invite people to worship with us: “Come and worship. Then you will see who we are. You will see what shapes us and forms us. What you see is what you get.”

Some might say such an awesome God and a demanding faith will put people off. But I am convinced that people know in some deep place within them their need for worship, for awe and reverence, before that which is greater than they.

They know something is missing from their lives without worship even if they don’t quite know what it is, and that felt need might begin for some a process of soul- searching which leads them to God, even to the Christian God of scripture.

And who is this God we worship, Father, Son and Holy Spirit? This Christian God is not a a sentimental idea nor the apotheosis of the best human feelings and attributes. No, the Christian God is the God of Holy love, who is not only the creator and sustainer of the universe, but also its Savior and Redeemer. The God before whom the heavenly seraphim and cherubim continually do cry, singing “Holy, Holy Holy.” This is the God who is worthy of our worship and reverence, worthy of our awe and holy fear, of our love, of our obedience and dedicated service to the world he loves.

This is the God that matters, the God who can save us. “O come let us worship and bow down, let us kneel before the Lord our maker, for he is our God, and we are his people of his pasture, and the sheep of his hand.” Amen.

(I preached this sermon on June 11, 2017 at the United Congregational Church of Little Compton, Rhode Island)