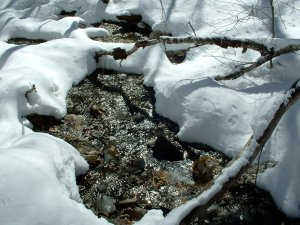 Prayer often does not comes easily for me.  Like many theologs I frequently would rather talk about God than to God.  There have been times when I was too full of guilt, or shame, or whatever, to have the kind of self-scrutiny that honest prayer requires.  I confess that some of these long periods of prayerlessness have been during times when I was writing lofty theological ideas.  Sometimes I know I am just avoiding God because He just seems too much for me, which is, of course, a lie.  I am reminded of Abraham Heschel’s insight that “if it seems that God is silent in our time, it is because we are avoiding him.”

But prayer is essential to faith.  P.T. Forsyth once said that “prayer is to religion what research is to science.”  Recently Kevin Davis, whose blog, “After Existentialism, Light,” is well worth a visit, posted one of my favorite quotes about prayer from Forsyth.

This Forsyth quote always judges me, but also somehow lifts me up. It also has about it the ring of truth from a man who knew what prayer was about. In this Lenten Season of self-examination and repentance it is just what I need. Perhaps you, too?

The worst sin is prayerlessness. Overt sin, or crime, or the glaring inconsistencies which often surprise us in Christian people are the effect of this, or its punishment. We are left by God for lack of seeking Him. The history of the saints shows often that their lapses were the fruit and nemesis of slackness or neglect in prayer. Their life, at seasons, also tended to become inhuman by their spiritual solitude. They left men, and were left by men, because they did not in their contemplation find God; they found but the thought or the atmosphere of God. Only living prayer keeps loneliness humane. It is the great producer of sympathy. Trusting the God of Christ, and transacting with Him, we come into tune with men. Our egoism retires before the coming of God, and into the clearance there comes with our Father our brother. . . .

Not to want to pray, then, is the sin behind sin. And it ends in not being able to pray. That is its punishment — spiritual dumbness, or at least aphasia, and starvation. We do not take our spiritual food, and so we falter, dwindle, and die. “In the sweat of your brow ye shall eat your bread.”(“The Soul of Prayer,” in A Sense of the Holy, p. 137)

If you don’t know this little book on prayer, which is a reprint of three of Forsyth’s sermons, you should, for it is one of the best around. It is a favorite of Eugene Peterson, who wrote a foreword to one of the newest editions.

3 thoughts on “P. T. Forsyth on “The Sin of Prayerlessness””