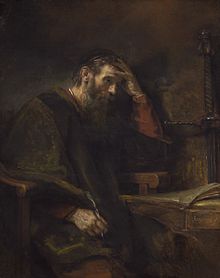 Chapter 13.1-7 of Paul’s Letter to the Romans has been highly controversial and is a good subject for a lively conversation on just how Christians should view the government. The Christians that Paul is writing to lived in Rome, the capitol of the world’s biggest empire. Christians claimed that “Jesus is Lord,” the title that the Roman emperor, seen as a divinity, required. Could one say both “Caesar is Lord” and “Jesus is Lord?” Paul would say no, “there is one Lord, Jesus Christ.” So was simply being a Christian an act of sedition against the state?

If this new transformed community said that Jesus, rather than Caesar, is the true Lord how shall they live in the heart of the empire? This is what Paul was addressing in Chapter 13.1-7.

He says they must respect the civil authorities, obey the laws and pay their taxes. Many objections come quickly to mind. What about the Nazis? Stalin? Pol Pot? Idi Amin? Must we submit to despots? We need to keep in mind that Paul didn’t witness the 20th century, or even the persecutions that would be brought down on Christians in the decades and centuries to come.

Paul believed that living in the new community was not an excuse to engage in anarchy and chaos, and that it was largely the government of Rome that kept that from happening.

So Chapter 13.1-7 of Romans isn’t a full-blown doctrine of church and state that one can use in every situation in every age. It is particular to Paul’s time and place, and it is quite possible that Paul was reassuring these Roman Christians (and possibly the Roman authorities) that the new community wasn’t going to threaten the peace of Rome.

(This is excerpted from the Leader’s Guide of Romans, Part 2, by Michael S. Bennett and Richard L. Floyd, A Listen Up Bible Study, Cleveland: United Church of Christ Resources, 2016. To order this go here.