Jesus said, “I do not call you servants any longer, because the servant does not know what the master is doing; but I have called you friends . . .”—John 15:15

The affection and intimacy Jesus had for his disciples offers a model of friendship that is in contrast to much of what passes for friendship in our time. END_OF_DOCUMENT_TOKEN_TO_BE_REPLACED 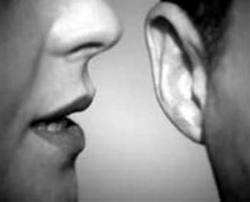 Our little family was on one of those cool Hebridean car ferries, traveling from Oban to Mull on our way to Iona, when I first ruminated on the American national trait to share way too much information with total strangers.  My five-year old daughter (this was 1989) had just commented, “Duddy, there are lots of Americans on this boat!”  I was reminding her that, although we had lived in Britain for several months, we were, in fact, ourselves Americans, when we were set upon by two very friendly Mid-Western American women who had overheard our conversation.

Within minutes we knew where they were from and the names of their children, their children’s spouses, and their grandchildren.  And when they discovered I was a minister, they felt compelled to tell me all about their church, their pastor, and all their activities in the congregation.

Perhaps none of this would have struck me as particularly strange if I hadn’t been a foreigner in Britain, but the contrast was evident to me.   Everybody in England had been quite pleasant to us during our stay, but with few exceptions maintained a certain reserve that I actually came to appreciate.

When we left Oxford that summer, I said my goodbyes to college dons and staff, and several remarked,  “But you’ve only just arrived!  We will miss you.”  While I believe they were sincere, I was amused by their heartfelt goodbyes in that they had barely given me the time of day.

I liked it in Britain, but I must confess that I’m an American oversharer, and that I come from a family of oversharers. I was one even before my brain injury, which adjusted my social filters to, shall we say, a more porous setting.

I come by it honestly.  My Dad, of blessed memory, was at times an oversharer.  One Thanksgiving dinner he launched his own campaign of “shock and awe” (shock to the grownups and awe to us kids).  My Uncle Dick was expertly carving the turkey with an electric carving knife (remember those?).  My Dad felt the need to share that a former secretary of his had committed suicide using such an implement, but his telling was not nearly as discreet as mine here.  I suspect that there were lots of leftovers from that meal.

The Internet was made for oversharers.  Blogging or updating one’s status on Facebook  offer hourly temptations.  So in yet another of my high-minded public service offerings, here are my ten guidelines to avoid oversharing:

But I’ve shared too much.

(And yes, I know “oversharers” isn’t a recognized word, but it will be.  Just watch!)

If you’ve read Malcolm Gladwell’s The Tipping Point, and who hasn’t, you may recall running across Oxford Professor Robin Dunbar’s famous “Social Brain Hypothesis,” in which he posits that 150 is the average size of a group that is manageable for the human brain.

Dunbar and his researchers found numerous examples of social groups of about 150, where that was the ideal managable size, including church congregations, sustainable military units, and guild members in some on-line video games.

As someone who spent my entire vocational life serving as a leader in congregations this has the ring of truth about it. Relationships in a congregation are pretty complex, but it is clear to me that each member has a different set of layered friendships. This fits with Dunbar’s findings. His team found a pattern where each person has five intimate friends, 15 close friends, around fifty in the next layer, and finally the 150 of the whole group.

This got me ruminating about Facebook, the popular social networking utility. Founded in 2003 at Harvard, Facebook expanded to other colleges in the Boston area, then to Ivy League Colleges and Stanford, and finally opened up to anybody over 13.

My tribe, the Baby Boomers, have discovered it with a vengeance. This has caused ticklish situations for the kids who still think of it as their space, and leave pictures of bongs, beer pong competitions, and their classy Cinco de Mayo tequila shot contest posted on their Facebook wall for Mom and Dad (not to mention prospective employers) to view.

Facebook now has over 300 million members world-wide and is growing, which means you may get “friended” any minute by people from High School that you haven’t seen in four decades. I joined a few months ago, and have already just broken the 200 friends mark, which according to Dunbar’s hypothesis, is too many for my brain to manage (and my brain is injured, which makes it even tougher.)

Facebook cross references your connections and suggests friends for you, and you soon realize that you know a lot of people. But are they really your friends? Do you want them in your life, even your on-line one? So to friend or not to friend, that is the question?

As a public service to my readers I offer you these guidelines:

I noticed it earlier today, Labor Day, Monday September 7, 2009. I opened my homepage and the top post was from Rachel Flynn, who was “moving to New York tomorrow.” Wait a minute, I recalled that she had said that on Friday, and I knew there had been several posts since Friday. What is going on?

I looked at the previous post. It was from my New Zealand Internet friend Jason Goroncy promoting his excellent blog, Per Crucem ad Lucem, on Saturday at 8:13 pm.
The previous post was Donna Schaper enjoying the end of summer and looking forward to events in September, posted on September 3.

“And so it goes” at Kurt Vonnegut might say. In his book Slaughterhouse Five, one of my favorites, his protagonist, Billy Pilgrim “becomes unstuck in time” and experiences past and future events out of sequence. So one moment he is experiencing his life as a middle-age

d married dentist in upstate New York, and in another he may be back as a young chaplain’s assistant in WW2 experiencing the firebombing of Dresden in a bunker the Germans have put him as a P.O.W, and in another moment he is naked in a zoo on the planet of Tralfamadore with B-movie starlet Montana Willdhack, both having been kidnapped by the Tralfamadorians as examples of earthlings. You get the idea.

If you are one of the handful of people on earth who read blogs, but doesn’t have a Facebook page, here’s how it works (when it isn’t broken): you scroll down your homepage, and all your “friends” posts cascade down the wall in order of posting time. To have your Facebook page become unstuck in time is most disconcerting.
I thought it might be a problem with my computer, but posted about it and got two responses from other people that said it was happening to them too. I can only access their posts from the little notifications thingy in the bottom right corner.
I just checked to see if they fixed it, but no: Rachel is still moving to New York tomorrow. Unstuck in time. Sorry Rachel!
I hope they can fix it.