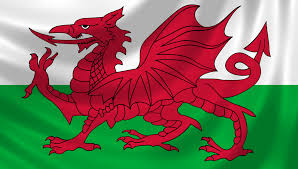 So who was St. David? He was a sixth century bishop who became the patron saint of Wales.

My surname, Floyd, is Welsh. My dad always told me his people way back came from Wales.

Along the way I discovered that Floyd is the same name as Lloyd, which is a variation of the Welsh word llwyd or clwyd, which means “grey.”

The double-L represents, and I quote: “the voiceless alveolar lateral fricative of Welsh,” and was sometimes also represented as fl, yielding the name Floyd. It is not a sound you can make in English. It sounds something like a soft cough or gently clearing your throat.

When we first lived in the UK we saw many signs on offices for people named Cloyd, which was yet another attempt to capture the strange Welsh sound of the name.

So I am related in some way to all you Lloyds and Cloyds and Floyds.

I wish all of you in the tribe (and everybody else) a very blessed St. David’s Day. And I share with you one of St. David’s graceful admonitions:

“Be joyful, and keep your faith and your creed. Do the little things that you have seen me do and heard about. I will walk the path that our fathers have trod before us.”

In 1989 we visited the charming cathedral named for him in St. David’s, Pembrokeshire, UK.

Typically cathedrals were built on a hill so that their architectural  glory could shine upon the surrounding countryside.

Not so for St. David’s Cathedral. Rather, it was built in a hollow near the sea so the Vikings couldn’t see its spire from their ships.

It is worth a trip.