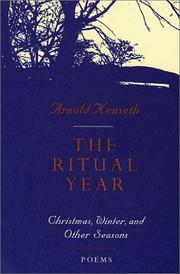 Arnold M. Kenseth, who died in 2003, was a Congregational minister and poet. He wrote in 1989,  “Among the clergy, I’m known as a poet, and among the poets I’m clergy. But by being in New England, being where there are birds and trees and meadows, there’s a very natural marriage between religion and poetry.”

I met Arnold in 1977, when I was still a pastor in Maine. Martha and I were on vacation in Canada, and were camping at Fundy National Park in New Brunswick, which is one of the most beautiful spots in the world. On Sunday we left our tent to find the nearest church and found a United Church of Canada parish in the little fishing village of Alma, right outside the park. The pastor was a Scot and had a bit of a brogue. But the highlight of the morning was when the pastor called up a distinguished looking gentleman from the congregation to give the pastoral prayer.I had never heard anything like this before in my life. The prayer was dignified and reverent and not showy, but the words were so beautifully chosen that I imagined the man must be a poet, as indeed it turned out he was. At coffee hour we approached him and introduced ourselves. It was Arnold. We discovered that we were both pastors in the United Church of Christ in the United States. He served the South Congregational Church in Amherst, Massachusetts, the pretty little town near the University of Massachusetts, where he also taught poetry. I asked Arnold where I could get a copy of some of his prayers and poems, and he told me about Sabbaths, Sacraments and Seasons, published by Pilgrim Press in 1969.

As soon as I got back to Bangor I ordered a copy and it has been a treasured resource ever since. On the back page was some information about the author. It indicated that Arnold had graduated from Bates College. My father graduated from Bates as well, so I asked him if he knew Arnold. Sure enough, they were both in the class of 1937.

Five years later I left Maine to accept a call to be the Pastor of The First Church of Christ in Pittsfield in Western Massachusetts. It wasn’t too long before I attended an event in Amherst, and there was Arnold. I reminded him of our meeting in Alma, and told him how much I loved his prayers and poems. I also mentioned my Dad, and Arnold remembered him warmly (my Dad died shortly after that.) That meeting was the beginning of a friendship with Arnold that involved lunches and long phone conversations and exchanges of letters. He would from time to time send me copies of new poems and books. After he retired I had him come to Pittsfield and preach for me several times.

He told me how he had become a minister. After graduating from Bates with a degree in English, he went to Harvard University as curator of the Harvard College Library Poetry Room. There, he cared for the Edwin Arlington Robinson collection and the Amy Lowell collection. He wanted to write about the relationship between poetry and religion.

It was there that he met the Reverend Samuel H. Miller, another minister once known for his lovely and moving prayers. Miller later became dean of Harvard Divinity School. It was Miller who got Arnold interested in the ministry, and he enrolled in the Harvard Divinity School and received a bachelor’s of sacred theology in 1944. He received his master’s degree in English in 1950, also from Harvard.

He was friends with many of the poets of his generation, including Robert Frost. I have always heard intimations of Gerard Manley Hopkins in Arnold’s poems, but his influences were wide and deep. For his 50th Bates College Reunion, he wrote, “I rejoice in Van Gogh, Henry Adams, Dostoyevski, Chopin, J.S. Bach, Saint Francis, T.S. Eliot, Wallace Stevens, Isaiah, the Gospel of Luke, and Mother Teresa – the light bearers.”

He served as Pastor of the South Congregational Church for 40 years, and was a model for me of a gracious long pastorate. I was privileged to have a visit with Arnold just days before his death, and he was still lucid and gentle and full of hope. If you don’t know this man’s writings I highly recommend them to you. Here’s a sample:

On Easter the great tower of me falls.
I had built it well; my mind had planned it
After being schooled; my will had special wit
To dig me deep foundations, solid walls,
Blocks of moral toughness, windows to see
The enemy, the friend; large rooms, I thought
For light; and storey upon storey me
I raised, and famously my fame I sought.
So driven to prove the world with my estate.
I had not heard Christ on Good Friday die,
His body crooked, broke, and all friends fled.
I had not wept his cause in my carouse.
But now bold bells scatter against the sky,
And Christ is shattering my death, my pride;
As walls, blocks, windows, rooms, my silly penthouse
Spill into the dust I am, my narrow fate.
At last set free from virtue, knowledge, strife,

I mourn, then praise my God, and enter life.

7 thoughts on “Arnold Kenseth: A New England Poet of the Sacred”