Fast food icon Ronald McDonald shocked the political world today by announcing his intention to seek the Republican nomination for president in the 2012 election.  Early poll numbers have been impressive, as Mr. McDonald’s celebrity quotient and name recognition are off the charts.

Political analyst Robert Blake says, “Basically, no one can beat this guy on his celebrity, now that Liz and Michael are dead and Tiger is on the ropes.  Maybe Oprah could do it if she was interested, but hey, this guy’s got the numbers!”

Major GOP leaders say they are interested in his candidacy, and representatives of the evangelical right say that some of his previous indiscretions can be overlooked and that he has changed on some major policy positions.  Also he is working on overcoming earlier allegations that he is “a clown.”

(Note:  None of this is intended to be a factual statement.)

Several of my “friends” have posted this on Facebook:

“Remember when teachers, public employees, Planned Parenthood, NPR and PBS crashed the stock market, wiped out half of our 401Ks, took billions in TARP money, spilled oil in the Gulf of Mexico, gave themselves billions in bonuses, and paid no taxes?   Yeah, me either.”  (I can’t trace the original source)

It is catchy and captures the frustration many share about the inequalities in America and the basic unfairness of the way things are getting played out.

What is puzzling to me is that while my first response to this was that it was a more liberal Democratic sentiment, some of my more conservative friends, even some Tea Partiers, have reposted it.

What can account for this?  Somehow Americans on both sides of the political spectrum and in both political parties understand themselves as victims of powers and forces larger than they are.

This makes for a reactionary politics that values blame, undervalues compromise, and makes actually governing difficult.  Which perhaps is why a pragmatist like President Obama is attacked by both the right and the left, and why we have seen such swings in the mood of the electorate in the last two elections.

Nobody is happy with the way things are.  Everybody is like Howard Beale in Network,  “I’m mad as hell and not going to take it any longer!”

But there is no agreement on whom to blame: is it Wall Street?  Public sector unions?  Big government?  The richest Americans?  The undeserving poor?  Illegal immigrants?  The list goes on.

Republicans and Democrats alike seem more interested in the other guy getting the blame for what goes wrong than actually accomplishing good for the country.

So in keeping true to my thesis that we are a blame society, who do I blame?  First, I blame us, the electorate, for being lazy and shortsighted,  self-centered and ignorant about how government works.  And, as a reflection of us,  I’m blaming our politicians and their unyielding partisanship in the face of big problems and issues.  Where are the Moynihans and Fullbrights of yesteryear who could reach across the aisle?   Is anybody else longing for some statesmen (of both sexes)? For some bi-partisanship?  Or just some grown ups? 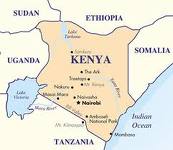 So let’s not be too hard on poor Mike Huckabee for saying that President Obama was born in Kenya.  I don’t know about you, but I always confuse Kenya with Hawaii.  They’re both far away and they both have hot climates.  Yeah, I know one is an island and one isn’t (I can’t remember which) but they are practically the same.

And his mistake is not really his fault since Huckabee didn’t get taught geography when he was a kid growing up in the Duchy of Grand Fenwick (see note below) because of Fenwickian proto-Republican budget cuts. 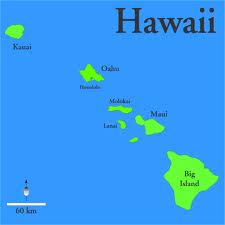 Besides, he wasn’t really putting down the President by saying he was born in Kenya. After all, think of the foreign policy and national security experience the President got from keeping an eye on the Russians across the Bering Straits, or is that someone else?

Huckabee is surely right that a history of foreign travel is a big liability for an American politician.  We know George W. Bush hardly ever traveled, so there you go.

(Note:  “The Duchy of Grand Fenwick is no more than five miles (8 km) long and three miles (5 km) wide and lies in a fold in the Northern Alps. It features three valleys, a river, and a mountain with an elevation of 2,000 feet (610 m). On the northern slopes are 400 acres (1.6 km2) of vineyards. The hillsides where the ground is less fertile support flocks of sheep that provide meat, dairy products and wool. Most of the inhabitants live in the City of Fenwick that is clustered around Fenwick Castle, the seat of government. About 2 miles (3 km) from the City of Fenwick is a 500 acre (2 km²) Forest Preserve that features a 20 foot (6.1 m) waterfall and attracts many birds that the nation claims as its own native birds.[1] The Duchy, ruled by Duchess Gloriana XII, is described as bordering Switzerland and France in the Alps. It retains a pre-industrial economy, based almost entirely on making wool and Pinot Grand Fenwick wine. It takes its name from its founder, the English knight Sir Roger Fenwick who, while employed by France, settled there with his followers in 1370. Thanks to Sir Roger, the national language is English.”  Wikapedia)


(Note 2.  One of my readers e-mailed me to correct me that Mike was actually born in Hope, Arkansas.  Well that does it for his presidential hopes, since we have had lots of presidents from Kenya and Hawaii but none from Hope, Ark.)