When I wrote my A Course in Basic Christianity (which I thought of as remedial catechesis for adults) in 1994 I outlined a set of criteria and assumptions behind my method.  The final assumption dealt with hermeneutics. In reading it now I see how much I was influenced by Karl Barth, Hans Frei and Brevard Childs. It is my hope that these thoughts will be useful to pastors and teachers leading adult education. Here is an excerpt:

Modern approaches to the Bible have been dominated by the historical–critical method.  These were the methods in which I was trained in college and seminary and they continue to yield genuine insights into the truth of the texts.  Nevertheless, I came early in my ministry to regard them as “good servants but bad masters” and I have gravitated toward a hermeneutic that takes the finished text much more seriously.

In a comparable way modern theologians have often accepted the ideologically driven “hermeneutics of suspicion” as the basis for their approach to Christian language.  Again, I have been well–exposed to these approaches and take with appreciation their genuine insights into both the human situation and the history of the formation of sacred texts.  Nevertheless, I find them all seriously flawed as the basis for either constructive theology or hermeneutics and have looked elsewhere for the proper interpretive tools to do my work. 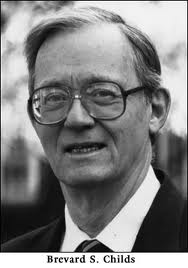 My decades of experience teaching adults in the mainline church have taught me that they are eager to get various interpretive tools in hand to keep the texts as objects of scrutiny.  They want background in history, archaeology, or other sciences to tell them “what the text meant.”  These tools can be helpful and necessary, but can also get between the interpreter and the text.  To know that the Red Sea in  Exodus “is really” the Sea of Reeds which sometimes dries up before an East wind, or that “the eye of a needle” may refer to an ancient narrow gate in Jerusalem is to miss the point of the biblical narrative.  Likewise, various points of view from psychology, political theory, the experience of ethnic groups and women, and the like, have all been put forth as necessary preconditions to understanding texts and Christian discourse.

This course has tried as much as possible to reject such claims to some independent viewpoint.  These may enter the conversation but cannot preempt the meaning of Christian language or rule its plain or literal sense out of bounds by some other authority. 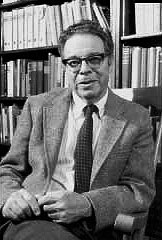 I have come to believe that the church’s communal language in creed, doctrine and liturgy, and especially Scripture, from which the others are derived, is irreducible and must be taken on its own terms.  Frei was describing Karl Barth’s position when he said:

There can be no systematic ‘pre–understanding,’ no single, specific, consistently used conceptual scheme, no independent or semi–independent anthropology, hermeneutic, ontology or whatever, in terms of which Christian language and Christian claims must be cast to be meaningful  (Hans Frei, Types of Theology, 1992, p 156).

Which is to say that in the end it is the texts that judge us rather than the other way around.  I am convinced that  A Course in Basic Christianity can be used profitably by people with a variety of backgrounds, theologies, and points of view.  All it asks is that the subject matter of Christian faith be taken seriously.”

(From the Teacher’s Guide, A Course in Basic Christianity)

3 thoughts on “Ruminations on hermeneutics for adult Christian education”